The Reeve's Turtle comes from mainland China and Japan, where it is poached for food to near extinction and they are now a listed CITES Appendix III species. Hot House Turtles is proud to support Save The Asian Turtle Species, where it is hoped that one day Reeve's Turtles will be released into safe sanctuaries in their country of origin, free of poachers. 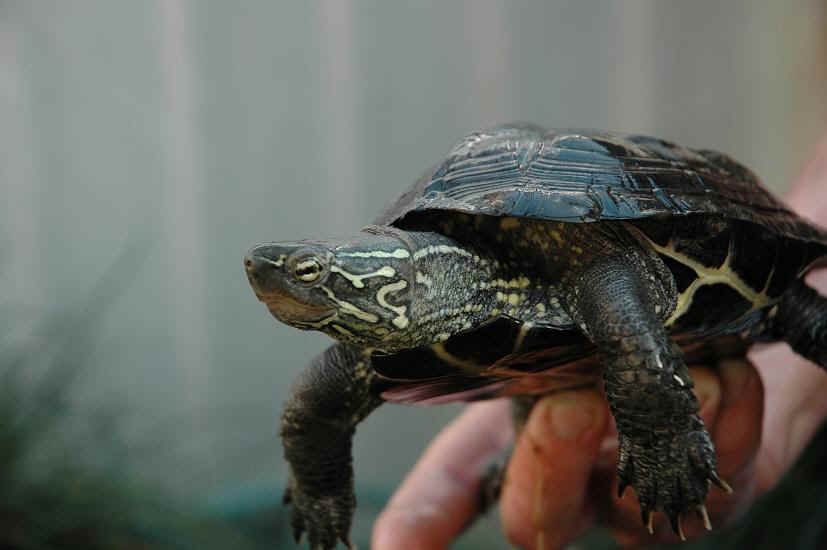 The female Reeve's Turtle grows to approximately 20cm whilst the male will obtain only 12 - 15cm. The male has a very large tail in comparison to the females. 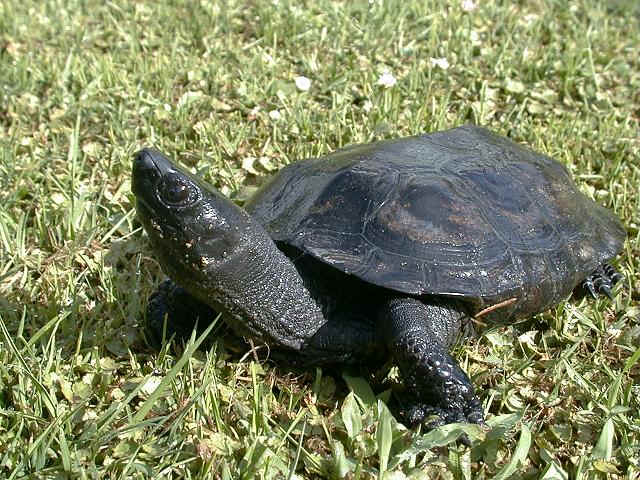 The shell of the Reeve's Turtle ranges from a yellowish-brown to a dark brown or black shade, while the skin can range from an olive or grey-green shade to black. 99% of adult males that are seen in New Zealand are jet black, including their eyes. Male Reeve's take on this melanistic appearance from 4-5 years of age.

Female Reeve's Turtles lay 3-5 clutches of eggs per year, averaging 6 eggs per clutch. There seems to be no rule of thumb as to their laying season, especially if they are housed outdoors and kept warm year round, so keep an eye out for signs of nests. Female Reeve's Turtles dig a hole in the ground approximately 100mm deep and 20mm wide in which they lay their eggs.

Reeve's Turtles are semi aquatic Turtles and some spend just as much time out of the water as they do in the water. They are 'bottom walkers' just like the Black Bridged Leaf Turtles. This means that they aren't strong swimmers like 'aquatic' Turtles, (ie: Eastern Snake-neck Turtles, Red-eared Turtles, Eastern River Cooters) and tend to walk along the bottom of their pond / tank rather than swim. Like the Black Bridged Leaf Turtles, juveniles are better swimmers than adults. If you intend keeping Reeve's Turtles outdoors (sub-adult/adult) in deeper water, the water temperatures must stay above 20oC to prevent the risk of drowning. They must be over 10cm shell length to introduce them to outdoor living. Never house Hatchlings /juveniles outdoors.

Reeve's Turtles are ideal for those who want to keep something different and are available more readily nowadays.