The Western Black Bridged Leaf Turtle, (or 'Southern Stripe-necked Leaf Turtle' as it is also sometimes referred to) comes from Cardamom Mountains in Cambodia. In 2013 all species of Cyclemys were listed CITES Appendix ll, to protect them from over collection for food and the Pet Trade. It is now an offence to trade in wild collected Cyclemys of all species.

They are one of the few Turtle species that can feed on land as well as in the water. They are omnivorous, but Adults tend more vegetarian preferring more fruit in their diet. 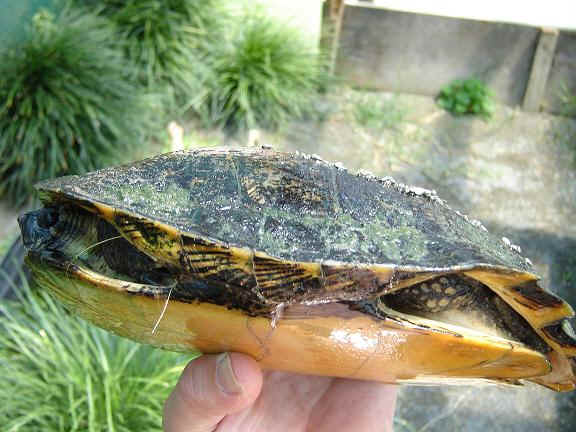 Both the male and female Western Black Bridged Leaf Turtle grow to approximately 23cm.  The male has a larger tail and is more elongate in the shell in comparison to the female.

The shell of the adult Western Black Bridged Leaf Turtle ranges from an olive-brown to dark brown carapace, and orange-yellow to yellow plastron. With age they lose the spectacular 'radiating leaf vein' patterning seen on the juvenile below. The skin can range from an olive or grey-green shade. The striping on the neck is a very pale pinkie colour. 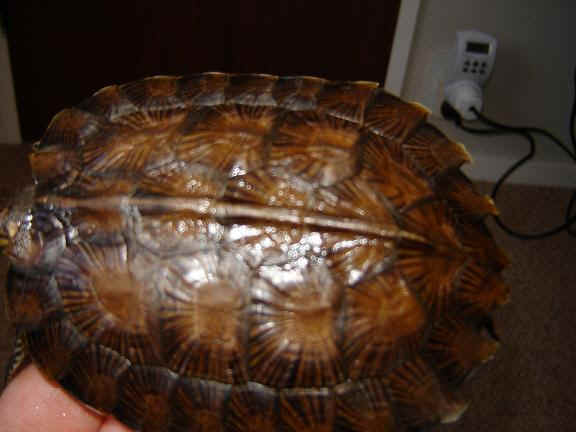 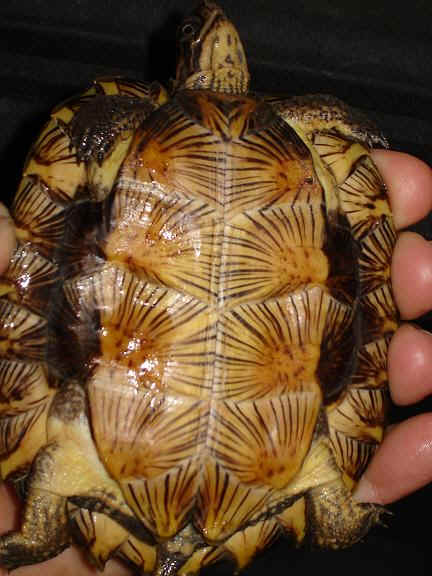 Adult females lay one clutch of 4-6 large eggs (up to 60mm long & weigh up to 36 grams) per year. Unlike most other species of Turtles that lay their eggs in holes dug in the ground, Western Black Bridged Leaf Turtles lay their eggs on top of the ground in a small depression under over hanging grasses. Females have a hinged plastron that allows her to lay such large eggs.

Western Black Bridged Leaf Turtles are semi aquatic Turtles and spend just as much time out of the water as they do in the water. They are 'bottom walkers' just like the Reeve's Turtles. This means that they aren't strong swimmers like true 'aquatic' Turtles, (ie: Eastern Snake-neck Turtles, Red-eared Turtles, Eastern River Cooters) and tend to walk along the bottom of their pond / tank rather than swim. Like the Reeve's Turtles, juveniles are better swimmers than adults. If you intend keeping Western Black Bridged Leaf Turtles in deeper water, the water temperatures must stay above 20oC to prevent drowning. I strongly recommend that these Turtles are able to reach the water surface whilst standing on the bottom of their pond / tank.

The below photos are 2012/13 hatchlings hatched here at Hot House Turtles. These photos were taken when the Western Black Bridged Leaf Turtles are at one week of age. Notice how black the 'Black Bridge' is. This key identification marking is evident from day one for this species and is a determining factor between closely related Cyclemys pulchristriata! The leaf vein patterning develops at approximately three months of age. 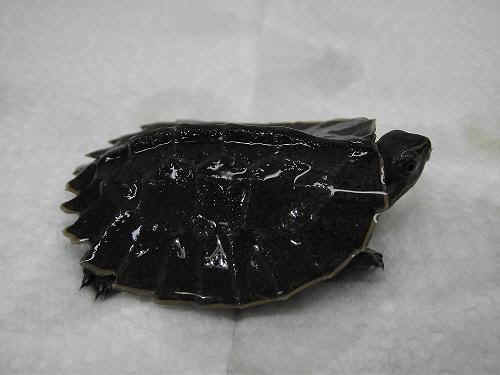 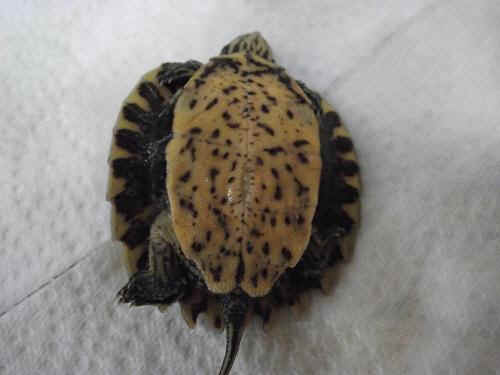